For Europe: walk to London

Breunionwalk: The Pediatrician and University Professor Prof. Dr. med. med. David Martin marches on 2nd April 2019 from Tübingen market place in the direction of England to set a mark against Brexit and for Europe.

Born in the USA, in England and France, studying medicine and working life in Germany, researching in Australia – David Martin has US and French citizenship and is married to a German. A world citizen. But above all, the Tübingen doctor for pediatric endocrinology and oncology is a European at heart. 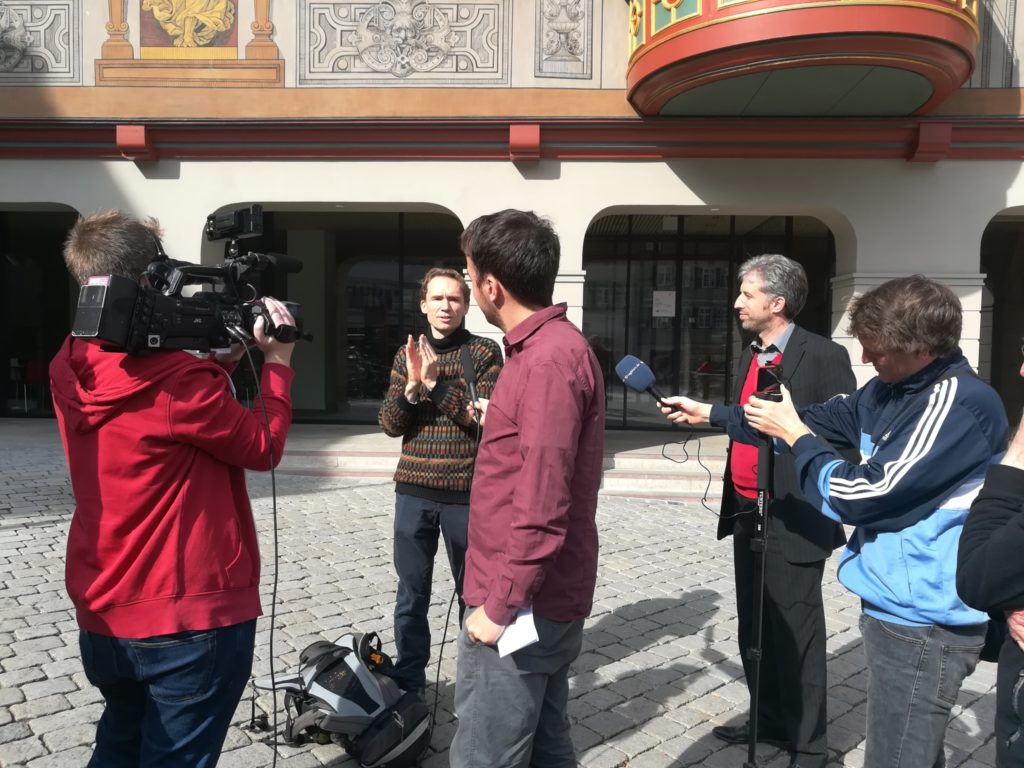 As such, he has been struggling over the past few weeks with British policy for embracing Brexit. After the umpteenth vote in the British Parliament, Martin made a bet with himself last Friday: Should the House of Commons again fail to make a soft-Brexit, he would make his way to London – on foot.

“Breunionwalk” is what the less experienced hiker calls his European tour, to which he sets out today in Tübingen. He wants to travel via Pforzheim and Karlsruhe to France and on to Brussels, where he hopes to arrive by April 12th – the day of the postponed withdrawal of the EU from the UK. With his march Martin wants to set a mark against Brexit and for Europe. And he wants to signal to people in the UK that they are “valuable members of the EU and still welcome”. His walk “is a drop in the bucket,” he says. But the world in 2019 is a different one, as in the Brexit decision in 2017. Therefore, Martin does not give up the hope that the British still decide in a new referendum for Europe.

Many people on the island voted to leave the EU out of anger over their own lives, out of ignorance or fear of immigration and loss of control, says Martin. He himself knows the concerns of the Englishmen first-hand, especially those of the less wealthy and educational strata, among whom there are a particularly large number of Brexit advocates. In the 1980s, Martin lived in Middlesbrough – “among 20,000 unemployed”. With some of these people, his father had built a botanical garden to help them build new skills and this pave their way back into professional life. “Most Brexit advocates will be the losers from today’s perspective,” says Martin. If not out of selfishness, then the British should at least vote for the future of their children for a peaceful and stable Europe.

Martin wants to fulfill his obligations as a doctor, university lecturer and chair as well as possible on the road: He has a smartphone and a notebook in his backpack – he calls this basic equipment “Walkoffice” (“I am walking my home-office to the British Home Office”)

with which he offers his patients a kind of tele-consultation. David Martin wants to report about his experience the Internet, on the page www.BreunionWalk.eu.

Tübingen’s mayor Boris Palmer finds Martin’s action so interesting that he wants to say goodbye to him today at 11am in front of the Tübingen town hall. If you would like to join a route or start from other cities, you are welcome.

David Martin – not to be confused with the same Scottish MEP of the Labor Party – was born in 1973 in Vermont (USA). At the age of 7 he came with his parents to France near Vichy. When he was 14, the Martins moved to England, first to Sussex, then to Middleborough. After graduation (A-Level) Martin did a nursing internship in Germany, where he learned German and decided to study medicine in Tübingen instead of mathematics and philosophy in the UK. Martin submitted his professorial thesis in 2011 in Tübingen and since 2017 he is Professor and Chairholder at the University of Witten/Herdecke. David Martin lives with his wife Julia and son Lionel in Tübingen.

Go to the interview
Close Menu