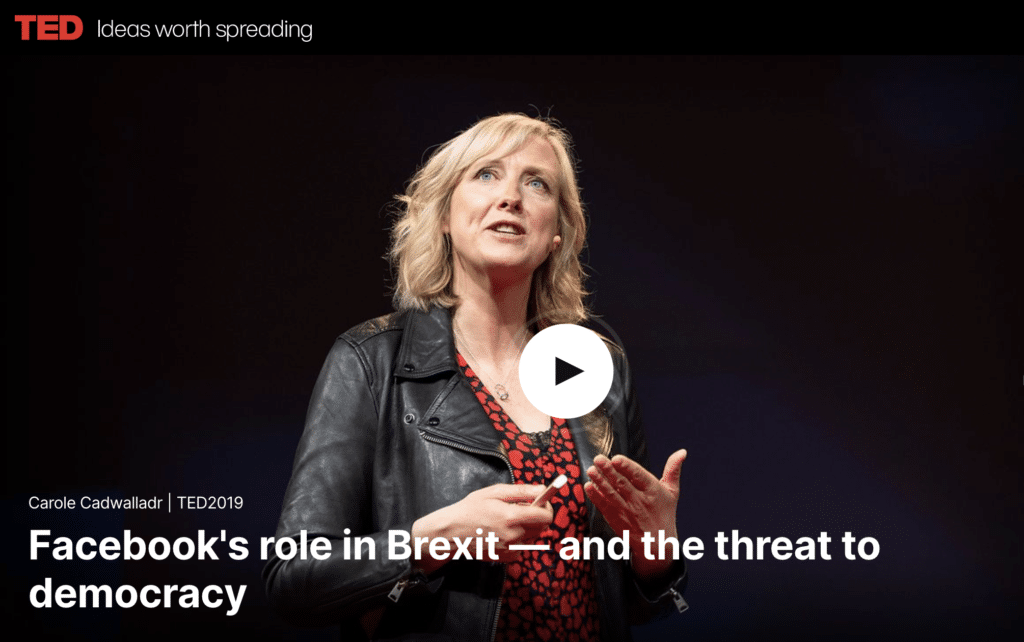 In an unmissable talk, journalist Carole Cadwalladr digs into one of the most perplexing events in recent times: the UK’s super-close 2016 vote to leave the European Union. Tracking the result to a barrage of misleading Facebook ads targeted at vulnerable Brexit swing voters — and linking the same players and tactics to the 2016 US presidential election — Cadwalladr calls out the “gods of Silicon Valley” for being on the wrong side of history and asks: Are free and fair elections a thing of the past?

This talk was presented at an official TED conference, and was featured by our editors on the home page.

Criminality in Germany at lowest since 1992